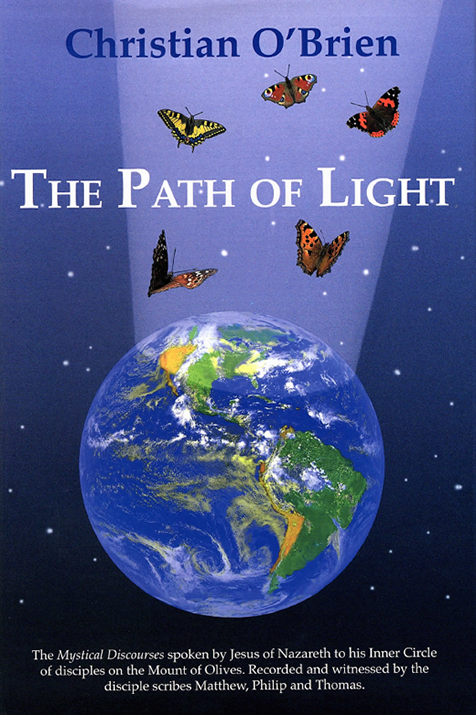 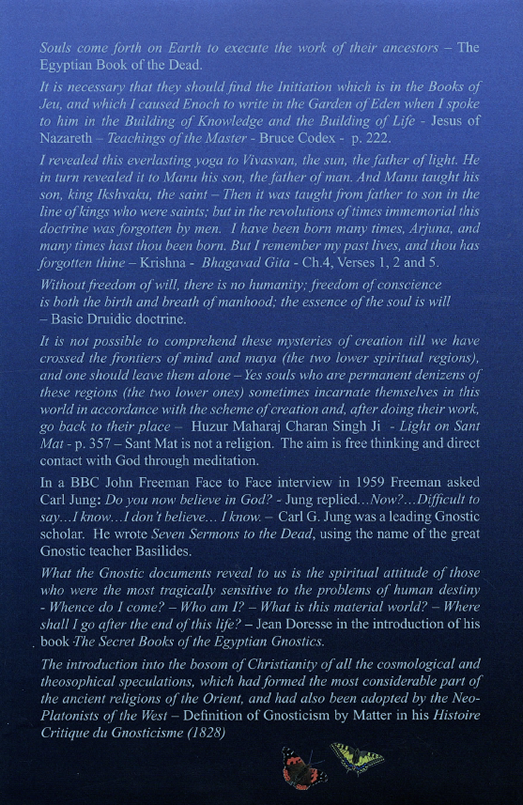 Back in E-Book format

A new secular translation of primary Christian source documents, which record the spoken words of Jesus, calls for major revisions in Christian doctrine, and the recognition of Jesus being trained within the Druidic and Oriental high culture of his time.

Christian O'Brien's translation of the Askew and Bruce Codices, 2nd century AD Egyptian Coptic copies of original documents recording the spoken words of Jesus of Nazareth, presented within the text of The Path of Light, provide authoritative and detailed support of the existence and journeys of the soul. It also provides the scriptural evidence that Jesus taught Surat Shabd Yoga, and should be recognised as a Perfect Living Master in the Druidic and Oriental tradition.

The text supports the existence and spiritual nature of our ancestor Gods, who re-started agriculture and civilisation c. 9,300 BC, following global catastrophe. They founded Kharsag - the Sumerian head enclosure, known later as the Hebraic Garden of Eden.

The diffusion of knowledge and agriculture around the world from Southern Lebanon is demonstrated within the scholarship and research presented by Christian and Barbara Joy O'Brien in their preceding books The Genius of the Few and The Shining Ones.

Following his attempt to restore good government through kingship and the Grail Code, Jesus is teaching the ancient druidic/oriental wisdom to his inner circle of chosen disciples after his Crucifixion, so that they could carry on his work following his Ascension. His words were recorded and witnessed by the disciple scribes Matthew, Philip and Thomas - the required process of authentification of important documents, under the Hebraic law of that time.

It is now accepted that Philip carried Jesus' teachings to Western Europe, and Thomas took them to India. The earliest known version of the Acts of Thomas, residing in the St Catharine's Monastery library, Sinai, make it clear that Thomas was having regular meetings with Jesus in India, after the crucifixion.

Of the greatest importance to the future of religious harmony today, is that this O'Brien secular translation of these source documents has established that Jesus was teaching Surat (soul) Shabd (word) Yoga (union) to his inner circle of disciples, which contained both men and women. This advanced teaching to both men and women was a feature of all high cultures in the ancient world centred on archaic Druidic philosophy and practice.

Two years after the crucifixion in AD 35 Christianity entered Britain, with the founding of the Nazarene Church in AD 37. This was accepted by King Caractacus, and the British Royal family, who were relations of Jesus. Joseph ha Rama Theo (James the Just) in his role of Decurio, (procurer of minerals) with a grand daughter married to the nephew of Caractacus, Apostle Simon Zelotes, and Astrolobus were all present in Britain around this time, linking Jesus to the Druidic Schools and the high culture of Britain, and indicating Britain as a starting point for his mission.

Earlier translations of the Askew and Bruce Codices, surviving as copies, and believed to have been bought at Medinet Habu, near Thebes in Upper Egypt c. 1750, adopted an ecclesiastical, or academic, Christian interpretation, which largely ignored their Gnostic antecedents; and this orthodox approach led to many unintelligible passages with limited spiritual value. O'Brien's scholarly secular approach reveals The Path of Light as a treatise on spiritual truths taught in the Druidic, Mystery and Brotherhood schools of the ancient world.

The original documents, from which the codices were copied, were associated with Valentinus c. 100 - 160, and subsequently most likely to have been prized records of the Arian Christians in Alexandria and their Bishop George of Lydia; Alexandria being second in importance to Rome at the time of George's beheading in AD 361, under the persecution of the Catholics and Arians under Emperor Julian the Apostate. In AD 391 Emperor Theodosius instructed George's successor Catholic Bishop Theophilus to fire and destroy the Serepaeum library.

Religious faith is dependent more on belief, than on documentary evidence and facts. They used to call the church a virgin, wrote Hegesippus in the 2nd century, for she had not been corrupted by vain teachings. Vain teachings continue to divide and disrupt, missing the logic of all religions having a single benevolent source.

Adding to Jesus' undoubted importance, this verification of his teaching requires the revising of key issues: